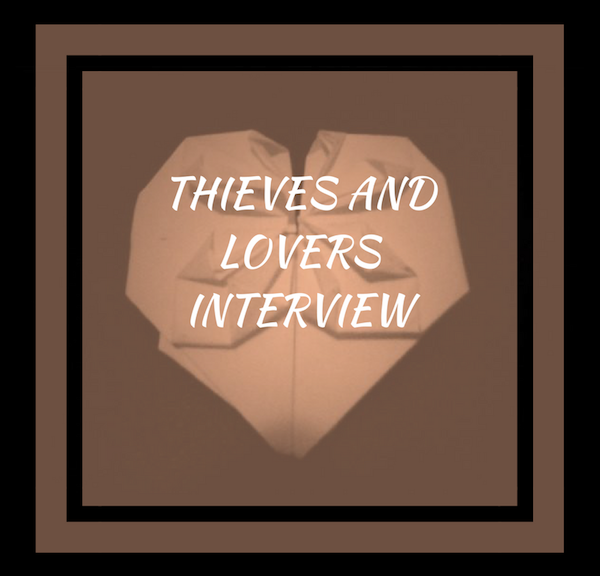 I  had the amazing privilege of interviewing Stoner lead singer of the band Thieves and Lovers a band based out of Pittsburgh,Pennsylvania. I enjoyed our interview Stoner is a great guy with a great band. I highly recommend you check out their song Long Goodnight it is a beautiful alternative rock song. I can’t wait for their EP of the same name to come out.

Let’s get into the interview

I am new to interviewing so ya’ll don’t judge me to harshly. I can’t wait to do more in the future.

Introduce yourself and your band

My name is Stoner and my band is called Thieves and Lovers we formed sort of by accident.I had been living in Los Angeles and I was playing lead guitar in a band I was actually starting to make some noise in the scene we were doing like House of Blues shows nothing too crazy but I was lead guitar player and the chief song writer. But I’ve been coming up with these songs I felt that didn’t really fit that band but I thought that they were good. I was in college at that point in recording school and I recorded some for a school project. People kinda seem to respond positively to them so I thought I might want to pursue this.

Your new single is Long Goodnight can you tell me about the songwriting process you went through and how you came up with that song?

That song is actually a year or two old. I no longer live in Los Angeles, I live in Pittsburgh now. That song is kind of about my life in LA kind of falling apart all at once and it’s sort of like my goodbyes to a life that I once knew.

What was the best show Thieves and Lovers ever played?

That is actually coming up in a month. When I moved from LA back to Baltimore which is where I’m originally from I recently got engaged so I moved to Pittsburgh I moved around a lot and so I haven’t had the chance to get my feet on solid ground. So we’ve started out doing bars and clubs and we still do that  but now we’re moving into theaters and actually opening for a band called Say We can Fly. That’s going to be in late May here in Pittsburgh and it’s definitely the biggest show we’ve been apart of.

What are the difference between the LA music scene and the Pittsburgh music scene?Advantages and disadvantages of both?

That’s a good question they’re both really vibrant scenes. I would say LA is more about the business and Pittsburgh is more about nurturing artists. That’s not to say that there isn’t a business element in Pittsburgh or you have to make the venue X number of dollars per night to make it worth their while to have you there. But Pittsburgh has a little more understanding giving bands a shot  Obviously it’s a much smaller market but there are a lot of talented people in and around the Pittsburgh area. I’ve only lived here for 3 months so I’ve been very fortunate to meet a lot of people and continue to meet more  artists and bands trying to make it happen. I would honestly say I rather be based in Pittsburgh for the business end and obviously LA for the weather.

What is thieves and lovers working on now?

Right now we are trying to finish up an EP  Long Goodnight and that’s obviously the first single  and two other songs. We kind of hit some budgets snafus that it is paused for just the moment I would say that production is about 80 percent done. We are going to work on releasing that In the next couple of months and we are playing Regional shows Pittsburgh, Baltimore, New York City places like that.

I am I hate to use that term  I know just mention that I am the songwriter I just assembled a band here. For a while the project was just a solo thing but I didn’t want to be one of those artist that just plays under their own name. I always had that  band mentality . So I knew even though I did not have band members I would want them to have their input and stuff like that. It’s really evolving from a solo thing to a band effort.

What do you outside of music that contributes to your music?

I try to do  as much  volunteer work as I can.  Some with animals I’m huge dog lover. The people that I come across,I hear their stories and that is probably the biggest contributor as far inspiration besides my own life experience.

How do you feel about the internet and the music business?

I think that the internet is great. Obviously at a certain point you can’t give away things for free. But at this point I’m a huge proponent of the internet and I have always been of the philosophy that I would rather have somebody that really loves my stuff that stole it then somebody who bought a CD at a show who doesn’t listen to it .I think that it kinda goes both ways personally I’m a huge fan of the internet and streaming, public posting it all that stuff. Credit should be given where credit is due and if credit means dollar signs that’s one thing but personally I’m a huge fan.

Did you go to school for music?

I did I studied media production which is mostly audio recording so I worked with live sounds in recording studios.

You said the songs you wrote did not fit the band you were previously in. How did you come up those songs and that sound that fit Thieves and Lovers?

As I mentioned even though it was a solo project I was always working with musicians even from the very beginning. I had people that I would hit up from school ‘hey do you want to play drums on this track’ so there was always elements of creativity from other people. Basically I was like hey this is my song idea what do you guys think even if they weren’t official members they’dl help me out with the arrangements and melodies. I’ll give credit to the musicians that I was fortunate enough to play with thus far.

What is you favorite part of being apart of Thieves and Lovers?

Honestly I would probably say seeing project grow. Hate to use the super cliche but it’s kind of like watching your child grow up musically like a little baby. You can kind of see the reaction when you play a song for an audience. Whether they love it or they hate it long as they react strongly to it. Then when you shake hands and say hi to people they come up and say hey that one song that one lyric really resonated with me because this is why and then they go into explaining their view. It helps people i guess the music. That sounded super cliche I’m full of cliche’s today I am sorry.

Special thank you to Stoner for being an awesome interviewee 🙂 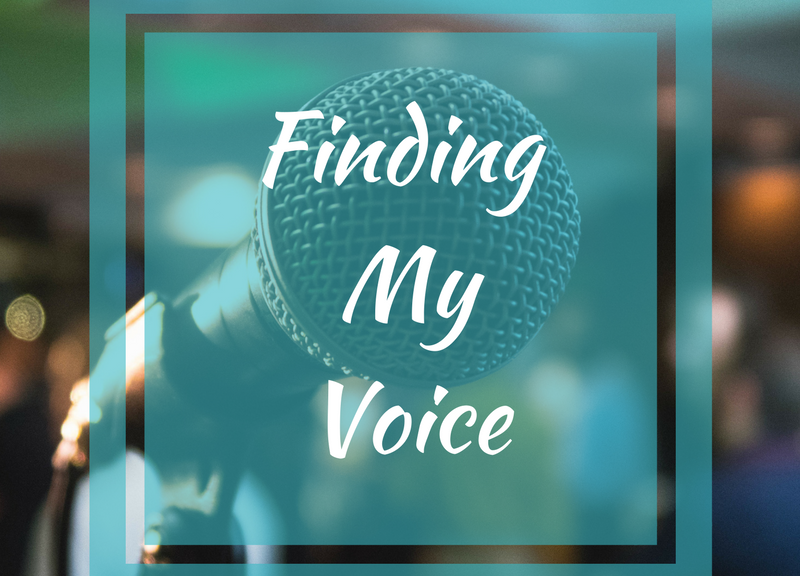 Voice lessons are something that I have always wanted to do. I knew if I never did it I would regret it. That is why I put it on my musical bucket list.I found myself searching far and wide(aka Googling) for a voice instructor. That is how I stumbled upon takelessons.com this is how I found my singing teacher. Takelessons is a website where you can find instructors for all types of things homework help, dancing, languages etc. 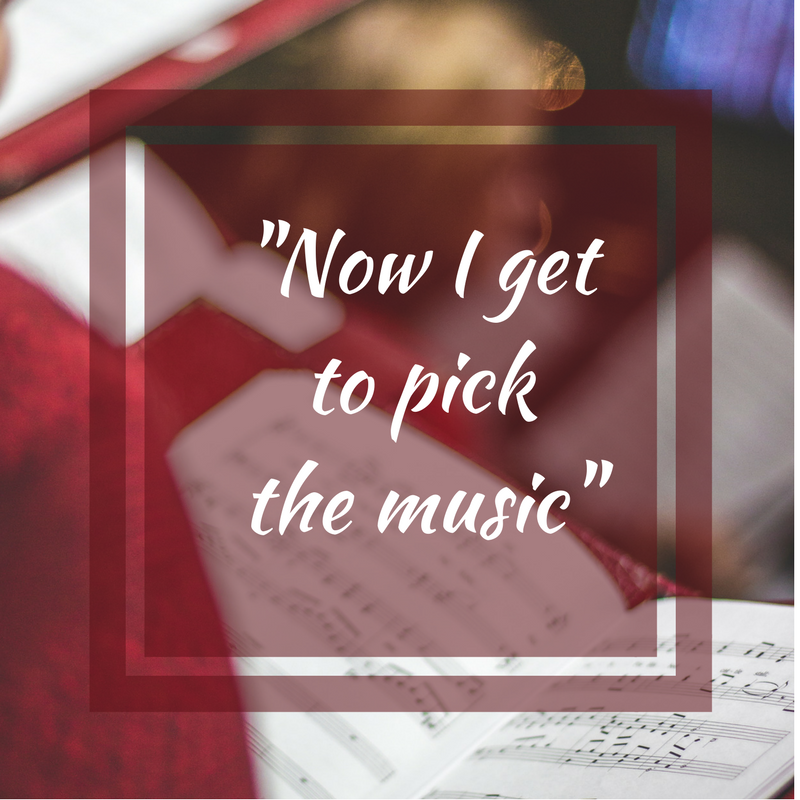 After endless scrolling on the website I found my wonderful voice instructor. I love her she makes singing in front of her so comfortable. Before taking voice lessons I never sang in front of anyone. Not unless you count singing in my 8th grade choir but I felt more at ease then because I was surrounded by a bunch of other voices. I never in my wildest dreams thought I could sing solo. Singing by myself  is scary because I am quite timid. However with my instructor I have gradually become more relaxed. I love singing and I feel like I am progressing it has been a little over a two months since I began. I can’t wait to see what levels I will achieve with my voice.

Before lessons actually start we do warm up exercises we stretch, massage my jawline and throat. Then we complete singing exercises like lip trills and a little Do Re Mi. The exercises always vary. Next we hop right into singing the song that I chose. Right now I’m learning On & On by Erykah Badu. This is so much better than the piano lessons I took when I was younger. Although I loved my piano teacher I did not get to pick my music and it wasn’t popular music that I know. I pick the music now which makes lessons more exciting. Constant practice is a struggle for me  this article by Noa Kageyama P.H.D about being motivated to practice is helpful. One of his tips is to just start for five minutes to get yourself in the mood to practice. I will be trying this to help with my practice sessions.

I may not become Whitney Houston but can you blame me, for wanting to try. Who knows, maybe I will be a street performer singing with my  guitar finally able to cross that off my bucket list. I’m happy to say that I am taking voice lessons and I can finally cross that off the list of things to do before I die. It may be a weird bucket list item but it is my list and I can do what I want to 😛 Thank you to all my loyal readers out there I know I am a bit flaky with this blog but I will be more consistent going forward. What are some lessons you have always wanted to take?